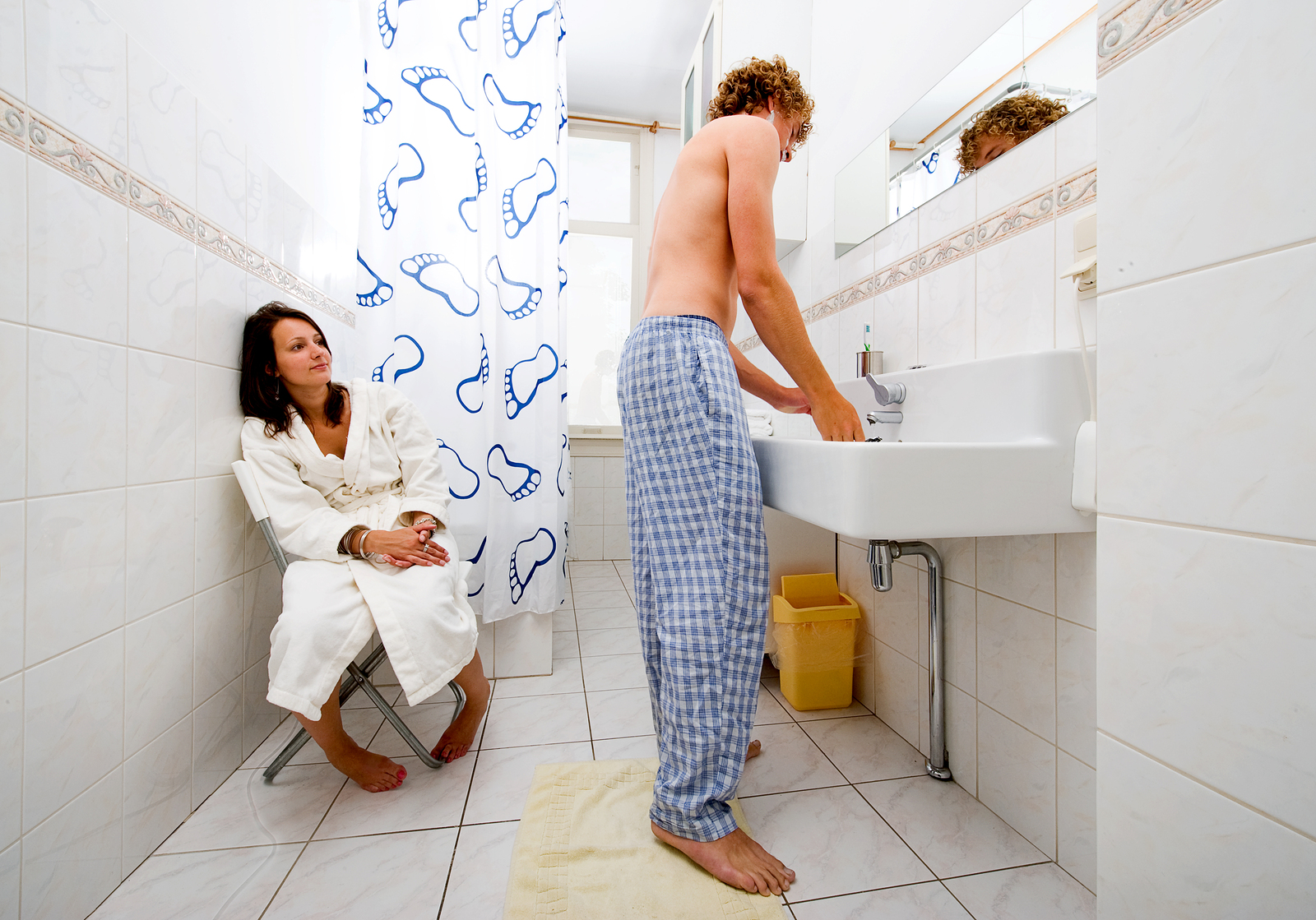 It can be difficult living with friends and family, but apparently one of the most challenging things about cohabiting for Brits is sharing bathrooms.

According to recent figures from Direct Line Home Insurance, 13 million adults have had an argument about the use of the bathroom in the past. For 800,000 of these people, the disagreement has been so severe it has resulted in the end of a friendship.

Dan Simson, head of home insurance at Direct Line, said: “Shared bathrooms can quickly descend into chaos, with families feuding over the ‘best bathroom’, couples bickering about whose turn it is to clean the shower and flatmates clashing over who used the last of the shampoo.”

The findings revealed the most common disagreement is to do with the state the bathroom has been left in, with 40 per cent saying this was the major cause of conflict in their house.

Some 29 per cent stated that arguments were usually about leaving the toilet seat up, while 23 per cent had disputes about how long people spent in the washroom.

These are just some of the reasons why many would prefer to have their own private bathroom, with 15 million Brits having to share the space with at least three other people.

It is not a surprise so many inhabitants share bathrooms these days – two million claim to use theirs with five or more people – as multigenerational living has become the norm in the UK.

Indeed, online estate agent Tepilo.com recently revealed that three in five Brits would consider purchasing a property with relatives, AOL reported. However, while families may want to live together, residing with several generations in one house could easily lead to conflict.

Older residents would fare better by having their own facilities, so they can install easy access showers or baths that are easier to climb in and out of.