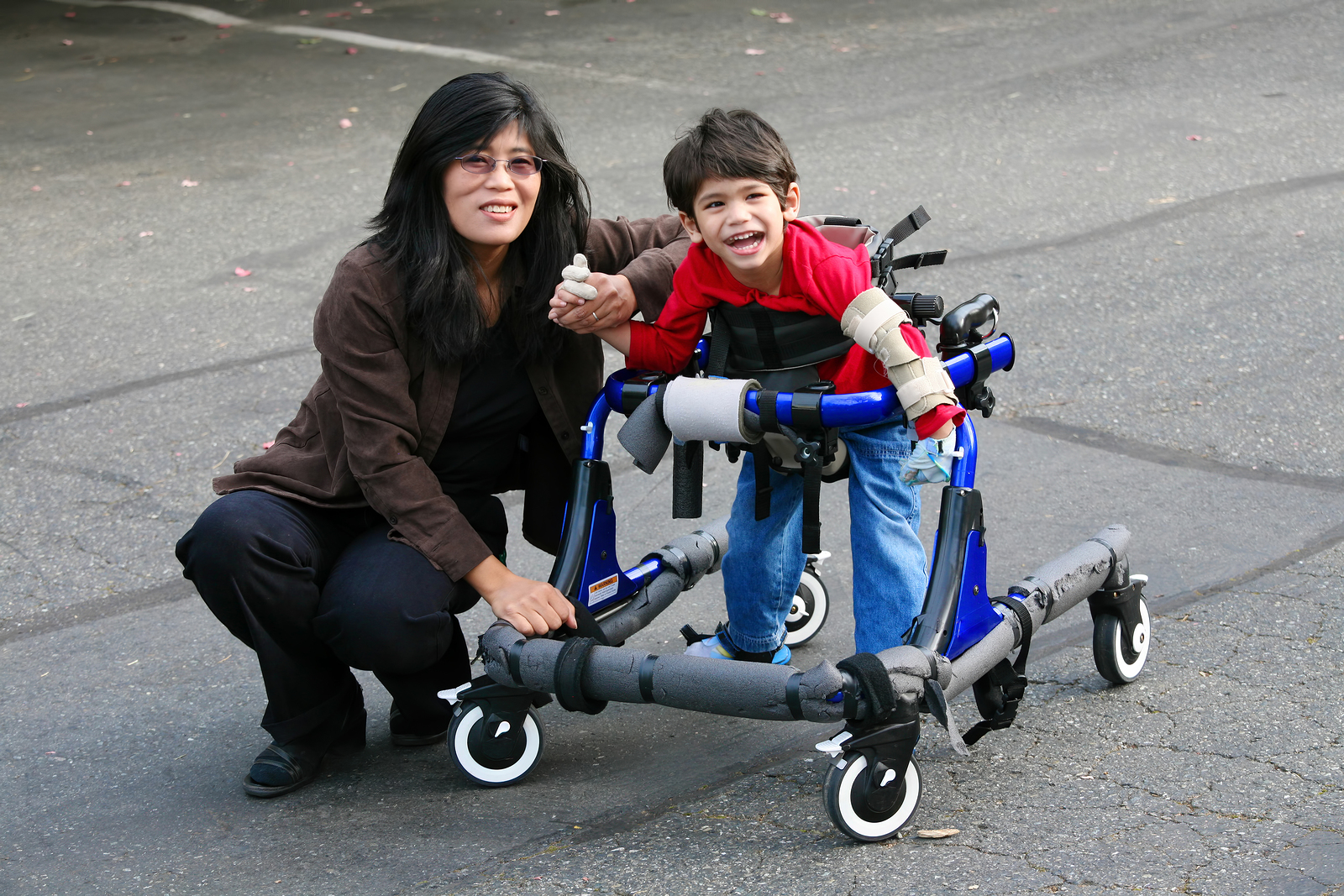 Many Brits have been struggling with the loss of freedom and strict constraints that have come with the national lockdown. However, lots of disabled people are used to this feeling, and have been inspiring the public with their positive mental attitude.

One such inspirational figure is eight-year-old Jayden Henderson, whose neurological condition and hypertonia means he has only just started to take his first few steps with the help of a walker.

However, the Norfolk lad has vowed to walk 90 metres a day to raise money for the NHS, having been spurred on by seeing the impressive achievement of Captain Tom Moore.

The former British army officer has raised more than £32.7 million for the NHS Charities Together Covid-19 Urgent Appeal by walking 100 lengths of his garden in the lead up to his 100th birthday.

Jayden wants to follow in Captain Tom’s footsteps by using his own walker to scale 1.5 miles over the course of May.

His mother Clare Henderson, who is his full-time carer, told the Eastern Daily Press: “Jayden is so happy to do it and has had a beaming smile on his face each time he does it. He has approached the walks with a lot of energy and been doing two laps at a time rather than one, before that he was only doing about 30 or 40 metres a day. We are very proud of him.”

Ms Henderson, who also has daughters Isla, six, and Ellie, four, said her son wanted to give something back as the NHS has “given us a lot of support” over the last few years.

After launching a Go Fund page, Jayden has managed to raise £2,235 since he started the challenge on May 4th. He hopes to reach £2,500 by the end of the month.

The young boy is not the only disabled person who has proved inspirational during the pandemic, as everyone who has a physical impairment or learning disability has shown strength and courage to those who are not used to such an unprecedented event.

Kevin Chunisingh, 44, for instance, was an avid kite-surfer before he fractured his neck in an accident in 2009. This left him paralysed from the chest down, and he now has to use a wheelchair all the time.

Mr Chunisingh advised the public to use this as an opportunity to “slow down, spend time with family”, adding it is important to focus on “what we have and what we can do”.

Since the accident, which left him spending 15 months in hospital, he developed a passion for painting and has been using lockdown to pick up new skills, such as sketching.

Those who want more independence in their own homes should consider buying an inflatable bath lift, which allows disabled people to enjoy full-depth bathing by helping them get in and out of the tub.